Our Approach to Architecture

Chapter Three – the influence of the Arts and Crafts tradition 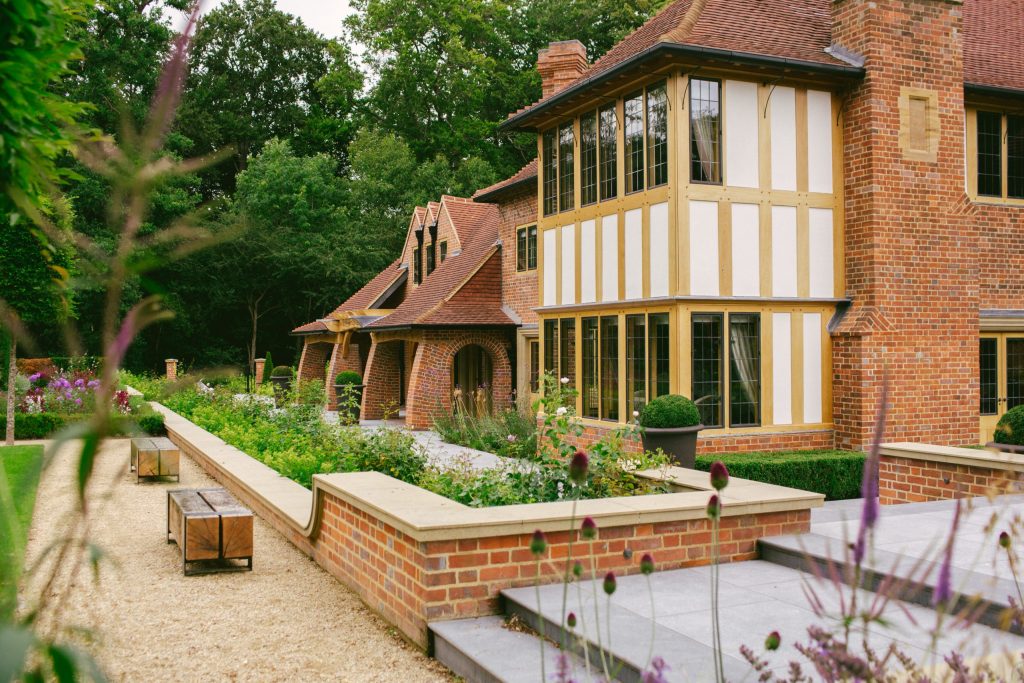 Listen to the audio version

‘My interest in Classical architecture stemmed from a love of history and from learning about the ancient civilisations…..‘

For me, the Arts and Crafts tradition has had a profound influence on my creative life. My interest in Classical architecture stemmed from a love of history and from learning about the ancient civilisations, from ancient Egypt, the golden age of classical Greece through to the Roman Empire. This early interest spread to ancient architecture and I was soon consumed by a love of the history of architecture and how it has developed through the ages. I have my favourite periods, from Ancient Greece and the Renaissance wonders such as Brunelleschi’s Dome at Florence Cathedral, to the great Neo-classical, heroic age in Regency Britain and the magnificent, much celebrated Architects of the 17th, 18th and 19th Century from Adam, Vanbrugh, Wyatt and Soane.

‘…. the most influential period of architecture on my work is the Arts and Crafts….’

But throughout my learnings, research and experience, the most influential period of architecture on my work is the Arts and Crafts, and the work of Edwin Lutyens and his predecessors.

Whilst I very much appreciate the work of the Arts and Crafts Architects such as Norman Shaw, Webb and Gimson, I could never quite grasp the full beauty of it because I still had a love and passion for the classical period, something that the Arts and Crafts reacted against. I appreciated the skill of the artisans and the talent of the designers, along with the time that and care that it took to create such inventions. I loved the way that the Arts and Crafts Architects designed everything, from doorknob to door, and the meticulous detail that was often given to a building where each project was individual and was not developed from a pattern book but instead evolved from it. The style was brave, picturesque, but also often pastiche. So many designs of the period were too close to the mock Tudor and Gothic architecture that they harked back to. Clumsy detailing and a resistance to modern techniques often created mock follys or buildings that stifled creativity rather than progressing it. There is a fine line between creating a design that could be considered as being progressive, rather than mock or faux and so many of the Architects of the time fell on the wrong side of the line. 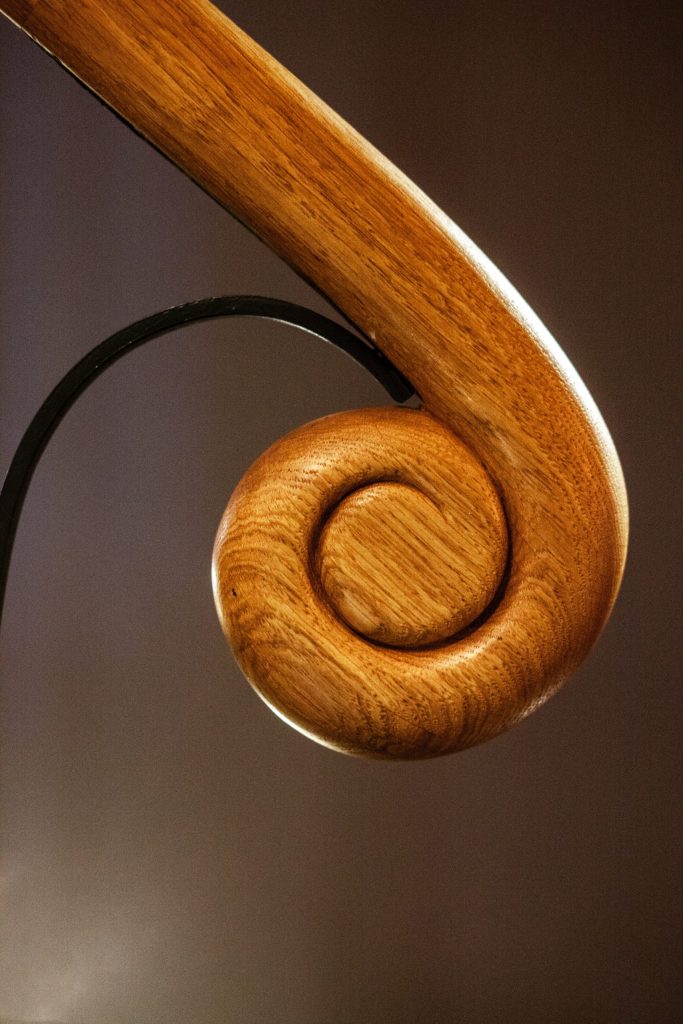 ‘I loved the way that Arts and

everything, from doorknob to

There were those such as Clough Williams Ellis, CFA Voysey and Lutyens who should be considered as progressive, or rather trail blazing. Ellis’ work is a testament to the vernacular approach, with careful use of material and local influence that inspired my early work. Without doubt the most influential Architect on my work is that of Edwin Landseer Lutyens. For me, his work fuses the playful qualities of the Arts and Crafts with the use of quality, often handmade materials with skill and poise that is unmatched to this day. His fusion of classical detailing is different from the Classicism representative of the Victorian era and represents progress of the style in the Edwardian age. Although his public work is distinctively classical and austere in nature, many of his country houses are pure works of art. Tigbourne, Little Thakeham, Fulbrook, Marshcourt, Homewood and Folly Farm are fine examples of his inventiveness, his creativity and his passion for art and Architecture that resonates through timeless design and material quality, leaving a legacy that we can learn from. His work was a combination of a lifetime of learning with a boldness and skill that allowed him to bend the rules to create a fundamentally unique style. His is a process and talent that we should strive to aim for.

‘….his work fuses the playful qualities of the Arts and Crafts with the use of quality, often handmade materials with skill and poise.’

Whilst I agree that the rules are the glue that binds us and prevents anarchy from descending onto the drawing board and worse, into a building, I believe that you can still be scholarly whilst embarking on a journey of invention, creativity and innovation. The Arts and Crafts movement is a good example of the reaction against the industrialised, mass produced inventions of the Victorian era and a hark back to a period when things were handmade and crafted by a skilled artisan. Lutyens is often described as an Arts and Crafts Architect because of the style or nature of his buildings, as is C.F.A Voysey, an equal to Lutyens in terms of his influence on modern Architecture despite their radically different approaches (Voysey is described by some as an Arts and Crafts Architect, by others as a modernist).

‘I believe that you can still be scholarly whilst embarking on a journey of invention, creativity and innovation.‘

Lutyens’ use of traditional materials and vernacular detailing would place him in the realms of the Arts and Crafts Architects who preceded him and who were his contemporaries, such as Phillip Webb, Norman Shaw and Baillie Scott, all of whom had an inventiveness in their approach but one that essentially focused on a return to Tudor detailing and a reaction against Classical decoration.

But Lutyens did not turn away from Classicism, or focus on a 16th century style that was the last tradition before the Classical designs of Palladio taking root through Inigo Jones. Instead, he embraced creativity and developed his own, unique language that fused the teachings of Classical design, such as the proportioning systems and the use of Classical detailing, with the spirit of the age and its ever-changing dynamics to create a style which, at that time, was greatly appreciated. The result is an architectural style that is largely the result of one person and his ability to use his understanding and knowledge of the roots of architecture to inform his inventive, brave and often risky designs. Such bravery with the traditional styles has since yet to be matched. The Great War and the Second World War stifled the Arts and Crafts movement and the Edwardian era, which was at the time showing signs of becoming the next great tradition in British architecture.

‘Such bravery with the traditional styles has yet to be matched.’ 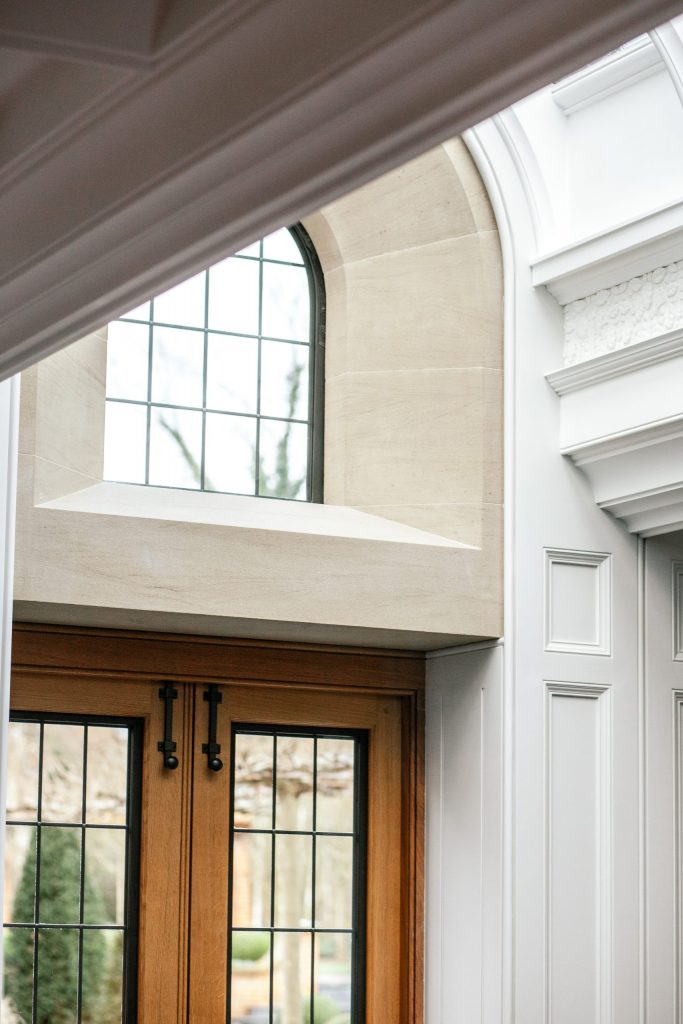 Detail of an Orangery by Jonathan Lees Architects

‘…talent and skill is still there and

has been embellished and enriched

‘………there comes a resurgence in interest in the Arts and Crafts approach.’

With Classical architecture now only being taught as a history module in most schools of architecture, it is difficult to see a future for it. But with a focus on sustainable and ecological design, there comes a resurgence in interest in the Arts and Crafts approach. We are, perhaps, entering a new age, one that looks to technology to help us to preserve our planet and meet our demands, but also one that looks to our ancestors for inspiration and example.

So, here we have ourselves a conundrum. We want to progress the theories, teachings and rules of architecture without breaking said rules. We want to remain faithful but still able to appreciate other approaches. We want to integrate technology but look to traditionalism for how materials were used in a sustainable manner. If it sounds like a paradox, that’s because it is.

In truth there probably is not an answer for this. I am not necessarily looking for one. I like the fact that there is probably no answer to how we should or should not do something. There is an argument to be presented for each situation, should a design follow a set of principles, should it copy, should it be inventive, should it push the boundaries, should it bend the rules…………..why not explore all the options with creative inventiveness to see what happens?

The ‘Our Approach to Architecture’ series is continued in;